Flying Scotsman on the Run in Transnistria

Our great Scotish comrade Ben visited Tiraspol. A story of Scottish comrade Ben cycling across Transnsitria. His journey started 2 years ago somewhere around Germany and Austria but he left his bicycle in Belgrade. After 2 years he is back, his bicycle is still in Easter Europe ready to accomplish his journey. Ben is a great person with a very reach personality, extraordinary musician!
It is mind blowing when you listen to the his stories and trying to compare what can you do…… Yeh, it was a bit sad to admit that I have to much work to do at the moment so travel long distances is a luxury for me…. But one day….soon!….very soon! I will get my old speedy GT and paper map again! Ben, you are a great inspiration for me and my Dad! We keep in touch and hope to see you again some where, some time in a nearest future! 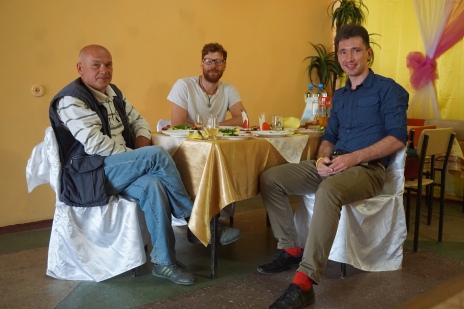 We enjoyed a lunch at a realy Soviet restaurant!

Ben shared his experience of traveling in EU. PS: Few month later my Dad and Mam went on a trip to the same areas in Germany and Austria. 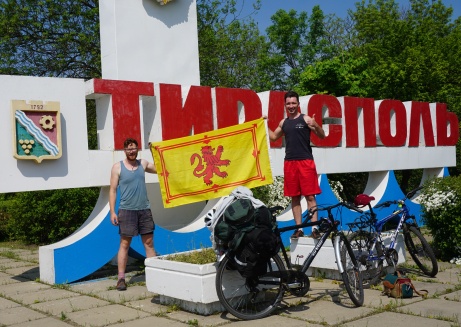 Before we say Good Bye.

Ben, we never say good bye! SEE YOU AROUND THE GLOBE COMRADE!